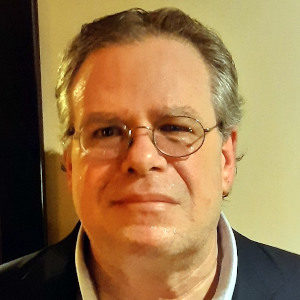 Ph.D. in Entomology, from the University of São Paulo (USP), Brazil.
Researcher of the Agriculture Research Institute of Panama (IDIAP) for 28 years (1990-2018),
Director of research for the Competitiveness of Agribusiness Program (2011-2013),
Deputy director General of the IDIAP (2014-2015).
University lecturer at the Faculty of Agricultural Sciences (2004-2008), and professor of biological pest control in the master and doctorate program in Entomology (2014-2017) of the University of Panama.
Professor of the master and doctorate program in Plant Protection of the University State of São Paulo, based in Botucatu, São Paulo, Brazil.

He´s a scientist of four research groups with universities and others research institution in Argentina, Brazil and Central America. He has also presented 117 scientific papers in more than 35 national and international congresses and symposia in entomology and integrated pest management and published 42 scientific articles in indexed journals related to biological control, arthropods bio-indicators of agricultural soil and white fly management. He has also worked in some economic importance crops, tomato, rice and soybean. It has been developed in the specialties of biological control of pests and bioindicators of soil quality of agricultural ecosystems. Professor of ecology and conservation, in pre-grade and postgraduate in biological sciences at the University of Santa Maria la Antigua, Panama (1998-2007). In addition, he is associate researcher of this center of Studies (2017-2022).

In 2010 he was awarded as the ¨ Best Researcher of the Agricultural Sciences¨ and from 2010 belongs to the National Research System (SNI) and is currently in the category of ¨ National Researcher II¨. It belongs to several international scientific societies, as vice president of the International Biological Control Organization for Neotropical Region (IOBC-SRNT) (2014-2018), representative for Central America of the Entomological Society of Brazil (SEB) (2018-2020), among others. He is member of APANAC (Panamenian Assotiation for the Advance of the Science) since 1998 and organizer of multiple tables and symposia, besides being part of the scientific committee in most of the congresses of ¨ Science and technology ¨, from his entry to this association.

In 2008 he was president of the Congress of ¨ Science and technology ¨ and in the last Congress (2016) he assumed as vice president of this Congress organized by APANAC and SENACYT. He is currently Director of Programs for APANAC and was Vice president (2015-2017) and member of the Inter-American Academy of Sciences (IANAS), being the coordinator and first author of the chapter of Panama (author of Correspondence), in the book ¨Agri-Food sustainability, in the America´s¨, recently completed with English and Spanish versions. It will be presented officially at the Congress of ¨ Science and Technology ¨, in Panama. He´s the correspondence author of the chapter of Biological Control, in Panama, which was an initiative of IOBC-SRNT (Neotropical region) and will be published in the coming months by CABI.