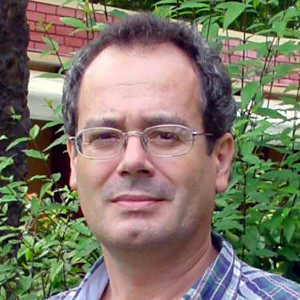 He joined IITA in 1987 as an Associate Expert of the Swiss Development Cooperation, and was appointed as a scientist in 1992. Dr Tamò’s current research is focusing on the development and deployment of biological control and habitat management options against major insect pests in cereal–legume systems. He has been involved in several regional IPM projects, by which he has established extensive links with colleague scientists and extension agents in 11 African countries. He has also collaborative activities with entomologists and biological control specialists in international research centers such as AVRDC, icipe, ICRISAT, AfricaRice, NRI and several Universities worldwide. He has been the principal investigator of several special projects totaling in excess of US$ 9 Million. He has supervised 14 PhD students (5 on-going) and 11 MSc/DEA students (3 on-going). He has published over 120 written reports, including 78 peer reviewed journal articles and book chapters.

Manu is currently the IITA country representative for Benin, and is involved in several professional associations. He is the Vice-President of the International Association for the Plant Protection Sciences (IAPPS), where he also serves as the Newsletter editor. He can easily communicate in English, French, German and Italian (mother tongue).