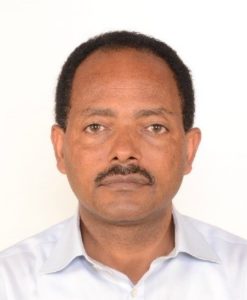 Tadele obtained his PhD in Agricultural Entomology in 2004 from Stellenbosch University, South Africa; MSc in Crop Protection in 1998 and BSc in Plant Sciences in 1993 both from Haramaya University, Ethiopia. Tadele was post-doc fellow of the prestigious Alexander von Humboldt Foundation at University of Göttingen, Germany, from 2008-2009.

His current research focuses on developing IPM packages for cereal and legume crops; he presently leads the rice, maize and chickpea IPM for East Africa project supported by the USAID Feed the Future through the IPM Innovation Lab. Prior to joining icipe, Tadele served as a regional project leader and senior entomologist at the International Maize and Wheat Improvement Center, based in Nairobi, from June 2009 to July 2015; his research mainly focused on developing stem borers and postharvest insect pest resistant maize hybrids and inbred lines, developing effective technology for integrated postharvest pest management. Along with CIMMYT breeders he actively contributed to the development and release of six insect resistant maize hybrids and two inbred lines.

Tadele started his career at Haramaya University as assistant lecturer and thereafter senior lecturer, assistant professor and associate professor of entomology; he also served as Director of Research and Extension at the same University. He supervised 2 post-docs, 5 PhD students and 22 MSc students in different fields of entomology. He has published 1 book, 3 book chapters, 2 training manuals, over 60 papers in referred journals, and has one patent right from his research findings.