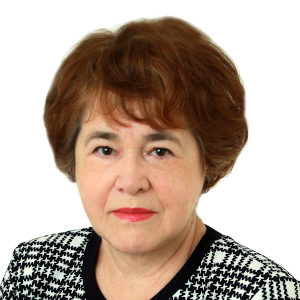 Professor and Member of Russian Academy of Science, IAPPS Governing Board member, coordinator of the newly established Region II: Eastern Europe. Dr. Afanasenko started her academic career as a student at the faculty of Plant Protection of Leningrad Agriculture Institute (Saint Petersburg Agrarian University), and obtained her PhD in 1978 at the All Union Research Institute of Plant Protection (VIZR), Saint Petersburg , where she was a scientific collaborator until 1987. In 1989 she obtained her second high education degree at the Leningrad State University, a Diploma in Biotechnology and Gene Engineering”, and 1997 she earned a new Doctorate degree in field of Phytopathology and Plant Protection. During the same year she was nominated Head of the Department of Plant Resistance to Diseases at the All Russian Research Institute of Plant Protection. In 2007 she was awarded the rank of Professor in Plant Protection, and in 2010 she was nominated Corresponding Member of the Russian Academy of Agricultural Science, and in 2016 member of the Russian Academy of Science.

Prof. Afanasenko’s research interests include studies on mechanisms of variability of plant pathogens populations, genetic diversity of barley, wheat and potato resistance to diseases, genetics of cereal – hemibiothrophic pathogen interactions in pathosystems, and molecular mapping of disease resistance genes in barley and wheat. Since 1998 Prof. Afanasenko has been a member of Scientific Board of All Russian Research Institute of Plant Protection, chief of the Sector of Plant Resistance to Diseases of Department of Plant Protection at Russian State Academy of Agricultural Science, Moscow (since 2003), member of Expert Board of Highest Attestation Commission of Ministry of High Education and Science , Moscow (since 2004), vice editor in Chief for ‘Mycology And Phytopathology’ (Russian Journal of Russian State Academy of Science) (since 2006), member of Scientific Board of the Saint Petersburg State Agrarian University (2011-2017).